Having not directed for Wedmore for a few years, I said that I would like to direct the autumn production – not knowing that it was going to be suggested that we perform that wonderful classic, The Railway Children. At the time, I did not even know that this had been turned into a play but was only aware of it as a film.

We held auditions on 22nd July and having publicised this in both the IOW News and posters around the area, I was thrilled to bits with the number of people who came along to read the script and over 36 people put themselves forward for parts in the play. As a result, we have a real community play with a cast of over 30 people, many of whom have not acted with Wedmore Theatre before.

You may be wondering why some names have an A or a B alongside – well, we had so many wonderful youngsters come along to the audition that we didn’t want to disappoint any of them. As a result, we have two teams over the four performances and depending upon which performance you are watching, you will be seeing either Team A or Team B.

Directing two teams has certainly presented quite a challenge – both teams have rehearsed on the same evening. Not only did I have to tell the first team what I needed from them but then had tell the second team to do exactly the same thing. Some of the youngsters are in both teams and just occasionally I have been told by one of them that that was not what I had asked them to do first time round!

Staging a production is also a challenge when scenes are determined by the lighting, sound and use of different acting areas. We needed a cottage, garden, a station and a railway!

I have been so lucky to have had such a wonderful cast and crew to help me put on this production – it certainly could never have been performed without all those mentioned in the programme. I must make special mention of all the young people who are taking part – their enthusiasm has been catching. The speed with which they knew their lines was incredible and it has certainly helped with directing them. Our thanks also go to Sophie and her staff at Wedmore Village Store for selling tickets, and to the East Somerset Railway and to all those who have loaned us props.

For many of us of a certain age, we remember with great fondness the film directed by Lionel Jefferies. Whenever I see it (usually at Christmas when it is one of the staple films that are put on at that time) I cry at the end. It is a film with such an iconic ending.

Thank you for coming along to our production and I hope you find our version of The Railway Children as tear-jerking as the film! 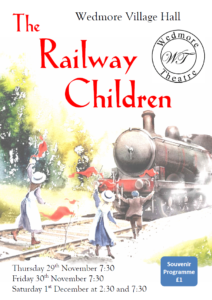 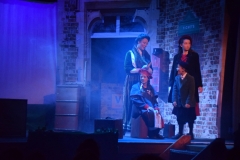 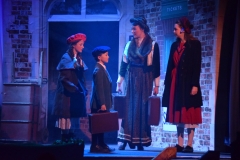 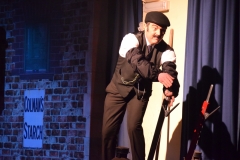 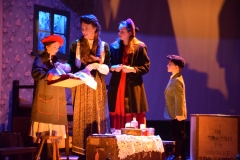 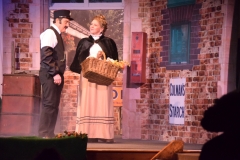 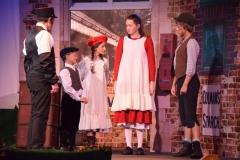 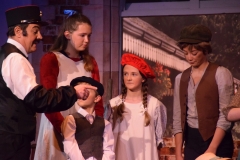 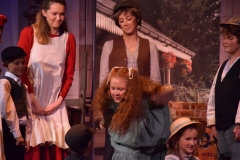 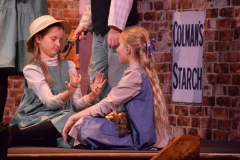 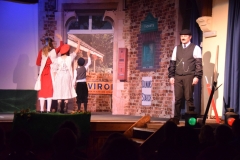 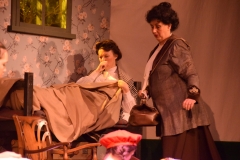 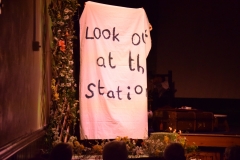 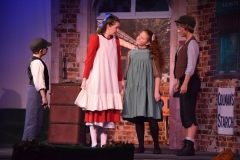 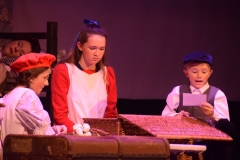 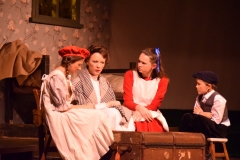 You can watch the whole performance of The Railway Children on YouTube below:

This is the trailer we shot for the production at the East Somerset Railway in Cranmore:

Background to the Play

The Railway Children is a children’s book by Edith Nesbit, originally serialised in The London Magazine during 1905 and first published in book form in 1906. It has been adapted for the screen several times, of which the 1970 film version is the best known. The Oxford Dictionary of National Biography credits Oswald Barron, who had a deep affection for Nesbit, with having provided the plot. The setting is thought to be inspired by Edith’s walks to Chelsfield railway station close to where she lived, and her observing the construction of the railway cutting and tunnel between Chelsfield and Knockholt.

The story has been adapted as a television series four times by the BBC. The first of these, in 1951, was in 8 episodes of 30 minutes each. A second adaptation was then produced, which re-used some of the film from the original series but also contained new material with slight cast changes. This had 4 episodes of 60 minutes each. The supporting/background orchestral music used in these early programs was the memorable and very lyrical second Dance from the Symphonic Dances by Edvard Grieg which we decided to use in our production too.

The BBC again revisited the story with an 8-episode series in 1957 and a 7-episode series in 1968. The 1968 adaptation was placed 96th in the BFI’s 100 Greatest British Television Programmes poll of 2000. It starred Jenny Agutter as Roberta and Gillian Bailey as Phyllis.

After the successful BBC dramatisation of 1968, the film rights were bought by the actor Lionel Jeffries, who wrote and directed the film, released in 1970. Jenny Agutter and Dinah Sheridan starred in the film. In October 1999, ITV made a new adaptation, as a made-for-television film. This time Jenny Agutter played the role of the mother.