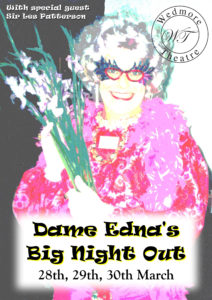 Dame Edna’s Big Night Out , our Spring 2019 comedy revue, broke all our records by selling out three weeks before its opening, and leaving a long waiting list of disappointed would-be audience members who failed to get tickets.

Whilst Dame Edna herself compered the show, erratically helped by fellow-Aussie Sir Les Patterson, the theme of ‘Europe’ (an inevitable choice, given that the performance dates coincided with the ‘Brexit weekend’ that never was) which ran through the many comedy sketches and songs featured a further dozen or so performers, ably backed up by several dozen creative designers and backstage crew members without whom – as ever – the show could not have gone on.

France was disproportionately represented in two of Monty Python’s medieval ‘French Taunter’ sketches from The Holy Grail, and Miles Kington’s Franglais sketch Dans Le Bistro. Germany made a silly appearance in The Kindergarten, and Belgium’s contribution was a Mitchell and Webb send-up of Poirot. Ireland was represented by a series of excruciating Irish jokes, expertly helped by Amazon’s coy lady-computer, Alexa. An English archetype was provided by Joyce Grenfell’s famous Primary School Teacher, and the entire EEC was mercilessly pilloried by a 1986 ‘Yes Minister’ episode.

Suck up to those heads of state
Promise them you’ll legislate.
Everybody stay inside
Leaving would be suicide
Doin the Brexiteer rag.

Don’t let them create a hard frontier,
Make sure there’s no further Project Fear.
You’re a British politician
Not the damned EU Commission.

The UK will not self-destruct
Nor shall we be totally f*cked.
Bad deal, no deal!
The PM’s an imbecile! 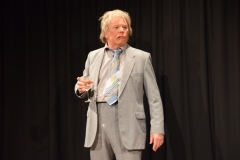 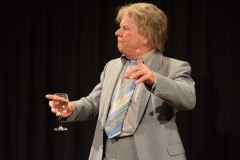 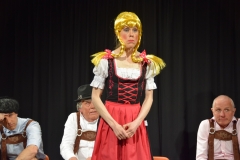 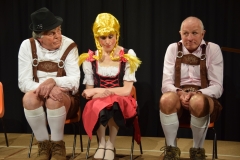 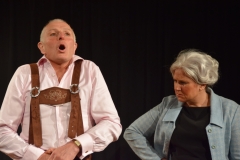 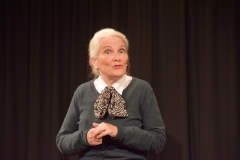 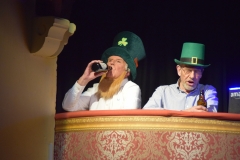 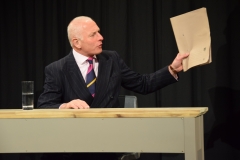 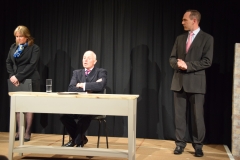 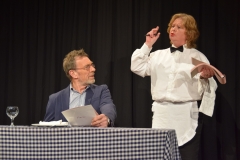 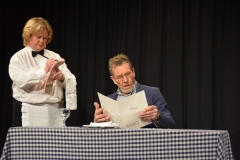 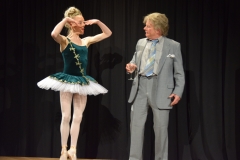 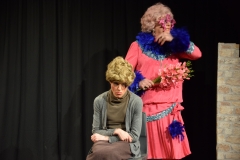 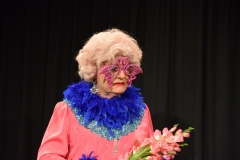 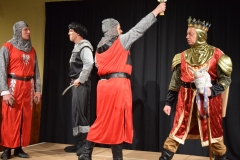 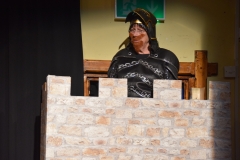 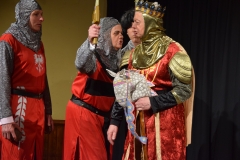 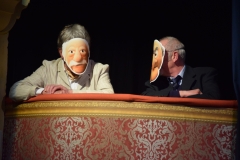 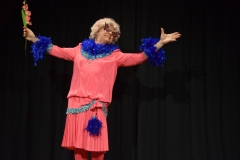 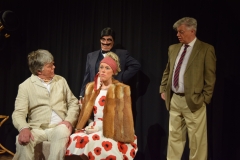 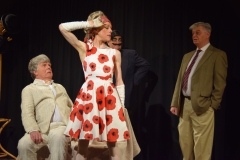 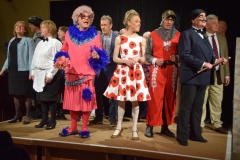 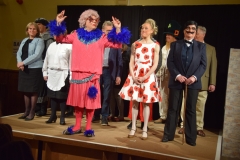